By the way >>> the 'Peter Gabriel - Secret World Live' concert will be released on Blu-ray!

The original 16mm film negatives were repaired / cleaned and scanned (at super 2K) to a file sequence for mastering and restoration. The 2K sequence is the resolution we view in cinemas, and as such, the concert is now available in high definition without compromise. Once scanned, the footage digitally restored and graded (by award winning colourist Ray King) to allow fans to view the concert as never been seen before.

A slew of great Bonus Features are also included. "Red Rain" was not included in the original film, this is now included as an extra for the first time. We also offer Timelapse film of the complex stage set up, plus a featurette on the making of the "Secret World Live" film including interviews and behind the scenes footage. Additionally, there's a newly restored photomontage slideshow to the remixed "Quiet" version of "Steam" and, finally, "The Rhythm Of The Heat" orchestral version from the "New Blood: Live In London" show.

Manu is awesome and so is that entire show.
Top

About time it was on Blu-Ray, one of the best concerts I have ever seen.
Top

I picked this new record up the other day. I hated it at first. Took about six more times listening to the whole thing and now I'm really, really digging it. 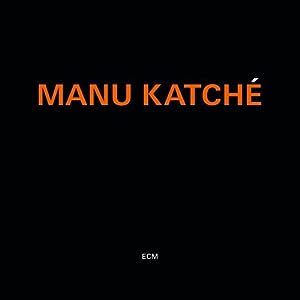 Thanks for remind us THIS concert. AWESOME.

He's got to be one of the most unique drummers out there, approach-wise...it's amazing he gets the results he does.
"Ding ding da ding." Apollo teaching Rocky how to Jazz.
Top

I do also love the groove starting @2:48

Amazing African rhythms approach on the toms... Manu's got this musical flare which enables him to bring just the right recipe in the right context at the right time..

How about this one???

Users browsing this forum: No registered users and 4 guests