langmick wrote:Kurtis, congrats on the bike purchase! I want to get out on Michigan's mountain bike trails this summer...and hopefully not wreck too hard.

Going to use this site as a guide to pick the components, not looking for the latest/greatest for sure. https://www.logicalincrements.com

This is pretty damned good. Wow. He was the guy who filled in last minute on drums with The Musical Box, a touring Genesis tribute, they're really good, play all the old prog tunes. I saw the first or second show with him, he killed it...then saw them the night after, and he started to really lay into the drums, took the band by surprise I think. LOL.

Logicalincrements is a great sight. Been around for ages. basically you don't want to bottleneck the CPU and GPU. Get a very good CPU. Ryzen CPU's are a great bang for your buck! Get a big enough case to build in if it's your first build. I went with the Lian Li case. It's big but i have lots of RGB going on. Plan on doing a water cooled build in a few years using the case. Get a motherboard that has M.2 SSD. It's worth the jump! get a water cooling AIO for the CPU. You can upgrade from there.

There are many pretenders, but this is the true ISOLATION lp...
because it was 26 years ahead of its time is no penalty...
this lp never gets old...

Pocketplayer wrote:There are many pretenders, but this is the true ISOLATION lp...
because it was 26 years ahead of its time is no penalty...
this lp never gets old...

I loved that record when it came out. Unfortunately, they released the worst song as a single: Stranger In Town
Top

"Unfortunately, they released the worst song as a single: Stranger In Town"
--WOW...I was just thinking that listening yesterday...I remember exactly
where I was...NEW TOTO LP OUT...then that tune...OK...then I listened
to the LP...one of TOTO's best ballad on that record...easily a top 40 hit...
How Does It Feel

Then Endless, Lion, then...this is the TOTO curse...those songs were just
not what was on the radio at the time...Paich took lead vocals when Kimball
is what the culture knew as TOTO lead vocals and Luke on ballads...

Fergie was amazing...I watched maybe 5 Isolation drum covers yesterday and
a cover of Isolation...all terrible...Jeff deceptively sounds simple until
you try to nail his pocket...

then the 2:24 feel on ride...that shuffle/ride pattern...blew me away...days trying
to cop it and never could get it right...he comes out of it hitting those toms to
accent the vocal line...just perfection

So, this is still the situation here at home right now.


I am monitoring my destination on webcam constantly. I don't have a tent yet, so rain or snow will put an end to it. It will be more or less around freezing, but I'll survive. I may reconsider bringing the full kit which was the plan this time, 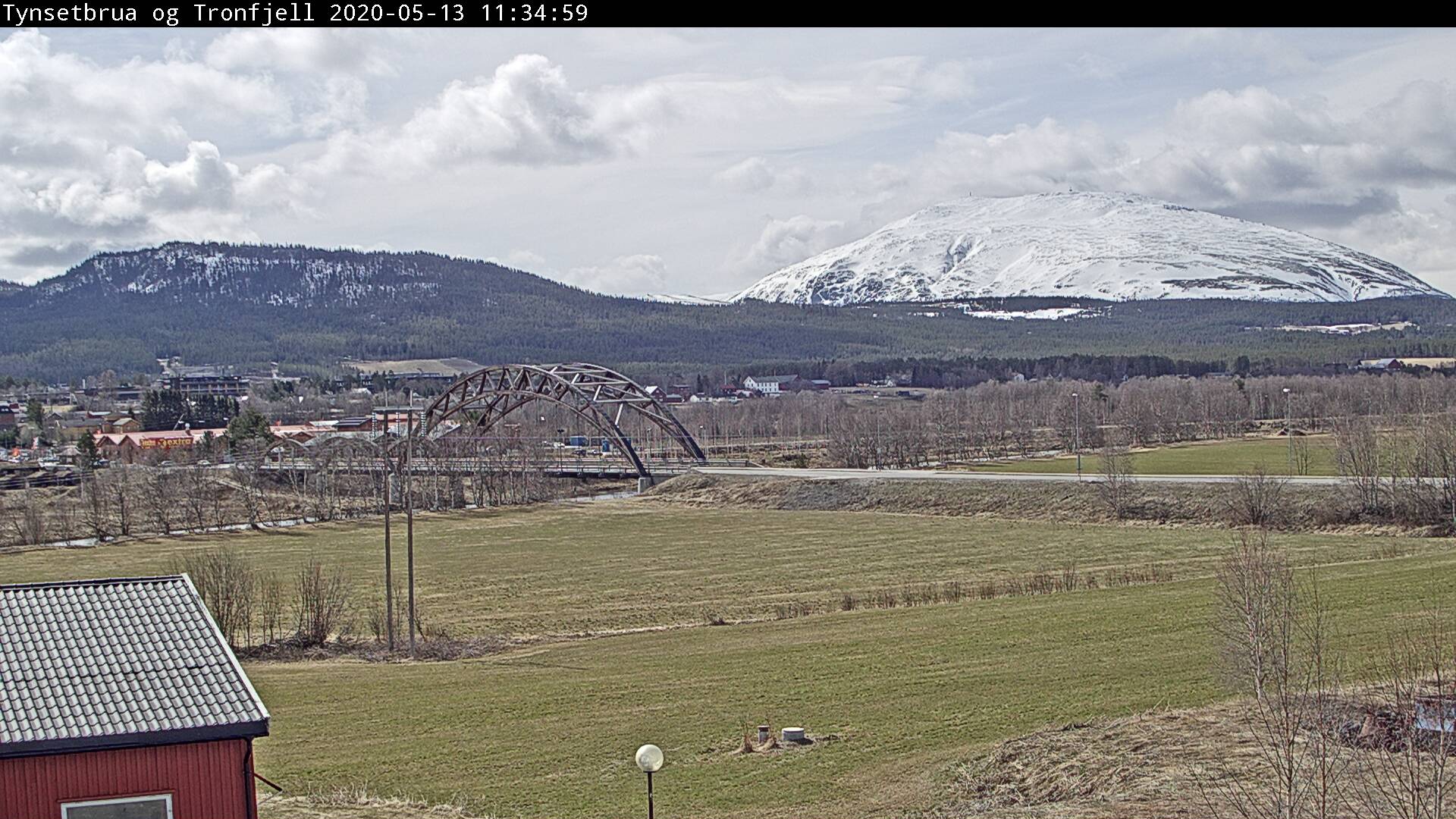 That's where I used to work where the worst shit went down.

The house where me and my cat moved is oin the valley between those two mountain tops.

I'm on the coast and the snow showed up from nowehere 3 days ago. There was snow on Monday up there in Tynset as well, but it went away fast. It's around 2300' above sea level, generally, dry and stable. Very different climate.

This will be done a lot more this year and though there is no website and not much support on fb, there is much more support and more importantly it's the right people that support it. Still be a slow process.

I definetly have a some legal things going with a few people in the administration there, people who have their offices about 50' from where my drums will be, but the organisation's agenda is to talk about these issues in general and apply a bit of pressure to my request of giving a 30 min presentation at the local council meeting. I have 5 other demonstrations planned, probably after summer when I know weather is better in other places, but I will be back in Tynset for 3 days straight in August during the jazz festival. Pretty much at any festival type event there if I can.

Thee will be nerves for sure, but this is war.
Top

Pocketplayer wrote:There are many pretenders, but this is the true ISOLATION lp...
because it was 26 years ahead of its time is no penalty...
this lp never gets old...

I loved that record when it came out. Unfortunately, they released the worst song as a single: Stranger In Town

Yeah that makes three of us, man when that record came out I WORE IT OUT!!! And still love it. I remember hanging with Luke after a NYC gig a few years ago, and asking him a bunch of questions about that record, after a few detailed questions of some of my (too) detailed observations of the record he stops and looks me in the eyes and says, "F**k man were you THERE when we were making that record? I have forgotten all this shit you are asking me about. DAMN!!!"

I read recently (somewhere) that Jeff got his Fairlight around that time, and I wonder if we are hearing some Jeff programming on that record, with overdubbed fills and crashes. Not that there is anything wrong with that. Some of the drum sounds are just SUPER consistent and sound Fairlight-ish in their processing.

I'm glad that they got back to playing a few of those tunes on the last few tours, that record is FULL of GREAT songs. I don't even mind "Stranger In Town," but yes there were MUCH better potential singles. "How Does It Feel," man for such a hard rocking cat, Luke could-can write (and sing) an amazing broken hearted ballad, and damn can he play a great gtr solo on a ballad. Nobody ever talks about his rhythm playing either, his rhythm playing and Jeff's grooves were as locked in as Page and Bonham.

If you haven't listened to his "Luke" record, I feel the same way about that record, a forgotten and ignored GEM of a pop rock record. GREAT songs, great production, great playing. He and Gregg are pretty locked in too.

I just remembered I even had an Isolation poster that I found in a record store, I might even still have that around the house somewhere.

I'm glad I'm not the only one that loves this record, sometimes I got the impression it was only me.
MSG
[url][/url]bluejayrecords.com/drumatic
[url][/url]vicfirth.com/artists/mark_griffith.html
Top

I guess a lot of these tings depend a lot on where we were at and what we were exposed to at that time.

Fahrenheit was always my Toto album, though I never got to start seening them live until the Tambu album.

Only song on Isolation I ever enjoyed was this one.